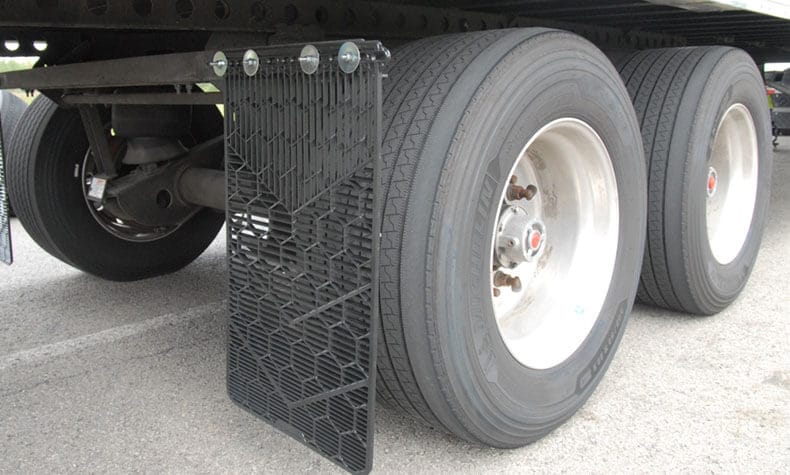 Since at least 2001 departments of highways (DoTs) in Canada have worried that new-generation (not the old 65 series) wide base tires, sometimes called super-singles, might cause more road damage than duals. As a result, DoTs set lower maximum axle weights than for duals, hurting the competitiveness of fleets using them. Special permits to use them, and various weight limits from province to province, added insult to injury.

Thanks to a pledge announced in December 2018 by Canada’s First Ministers (provincial premiers) to work harder to harmonise wide base tire standards interprovincially, this headache may pass.

Wide base tires have several advantages. For example, Michelin reported a few years ago that converting an axle from duals to super-singles would save 200-250 pounds per axle, or about 1,000 pounds for a tandem trailer. Mounted on all the drive axles and trailer wheel positions, they can yield a fuel saving of nearly 10 percent. Drivers report that they give a more comfortable ride than duals. 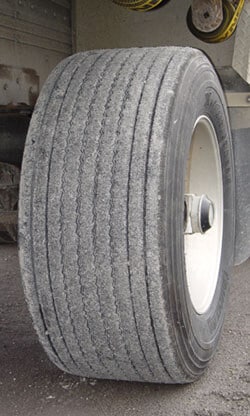 The province also announced it will soon drop the requirement that fleets wanting to use them buy permits.

Underlining the challenge provincial DoTs face though was a note in that Alberta announcement that while the provincial government can change its standards, it cannot mandate that change in municipalities, some of which forbid wide base tires.

“This is a multi-step process which generally takes some time,” says Geoffrey Wood, Senior Vice President, Policy, Canadian Trucking Alliance. “Although the First Ministers have communicated their intent, formal amendments to the National Memorandum of Understanding on Weights and Dimensions must be finalized by the Council of Ministers and Deputy Ministers responsible for Transportation and Highway Safety and signed off by each province.”

No timeline for achieving all this was mentioned in the First Ministers’ pledge.