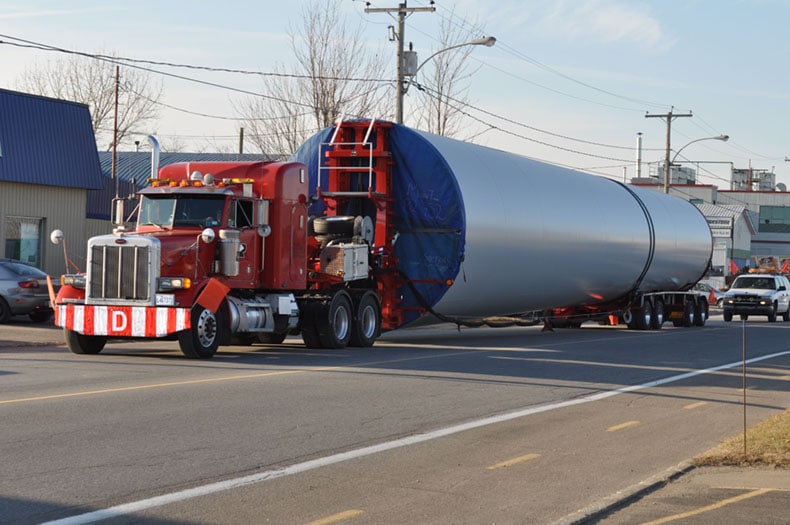 Hundreds of thousands of truckloads of components must be moved to build the wind turbine generators (WTG) going up on North American wind farms.

The math behind this statement is simple. One modern wind turbine, say three megawatts (MW) has four or five tower sections, three blades, a nacelle (that bungalow-sized structure perched on top of the tower) a hub, power unit, miscellaneous containers and site tooling. That totals 14 tractor trailer loads, according to the heavy haul company Don Anderson Haulage Limited, based in Gormley, Ontario.

(While WTGs come in various heights, blade lengths and MW output, the following calculations assume a WTG sized at 3MW, and 14 truckloads to move it. So, a 200MW wind farm, such as the recently announced Golden South Wind Energy Facility in Saskatchewan, will have around 67 WTGs and require 933 truckloads to move them (200/3 x 14)).

Look at the wind turbine industry in the United States: According to the American Wind Energy Association (AWEA), installed capacity as of late 2018 was 90,550MW, or around 30,000 WTGs. Give or take, it took around 422,570 truckloads to move them – sometimes thousands of kilometres or miles. 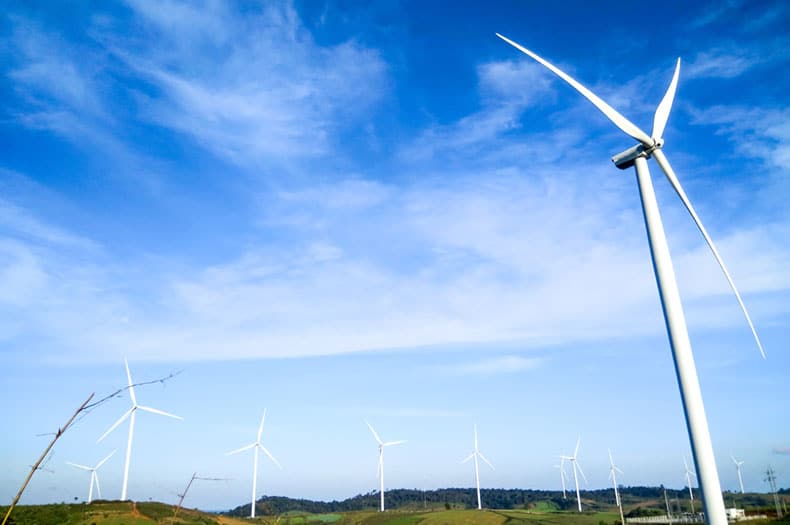 AWEA reported this November 1 that construction is underway on 20,798MW of installed capacity at 107 projects across 23 states. The math says this will require transporting some 97,000 truckloads of components.

And these moves are very complex operations, as most of these loads are oversize and overweight. A tower section can weigh 70,500 kilograms (155,426 pounds) and a nacelle can top 78,500 kg (173,063 lbs). Blades are getting ever longer – some as long as 55 metres (182 feet). Loads like these never move without the expertise of support staff, route surveyors, pilot cars and others.

The AWEA report also notes that another 17,167MW worth of wind capacity is in advanced development – a 28 percent year-over-year increase. Moving all those WTG components to the wind farms will require around 80,100 truckloads.

The story is similar in Canada. Back in 2010 the province of Alberta noted that it had an estimated 11,500MW of proposed wind applications – a healthy 53,670 or so truckloads. Canada’s current installed capacity, according to CanWEA, is 12,796MW – which required moving roughly 59,700 truckloads of components.
Looking forward, CanWEA forecasts an annual growth rate in Canada of 1,159MW over the next five years. That is roughly 27,000 truckloads of components to move every year.

And the cost of wind energy is plummeting. In the United States, according to CanWEA, wind energy prices dropped by 67 percent between 2009 and 2017. For the trucking industry, this is fantastic news.