What to do after a truck accident

Back to previous page 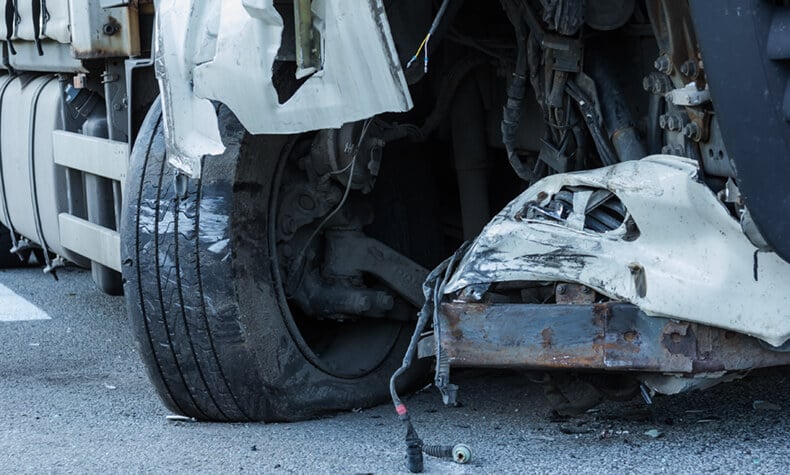 Know what to do after a truck accident

If you get into an accident and are able to, take pictures, note the road and weather conditions and call in someone from home base who has the training to properly document the incident.

That is the advice of Pierre Bellemare, a 25-year veteran (retired) of the Sûrête Québec, Quebec’s provincial police. He spent 17 of those years as an accident reconstructionist. Since he retired in 2005, he has continued his work analyzing accidents and training others as president of L’Equipe Collision Expert (Team Collision Expert).

Depending on the provincial or state law, accidents, depending on their severity, may only require a quick once-over by police officers with very little training in how to analyse them. This can lead to the wrong party being blamed. The wrong party may also have to pay the insurance deductible, or much worse.

Fleets can help protect themselves by having an employee, typically the fleet manager, learn the basics of what to do after a truck accident. “The training is to explain to the fleet manager what to do for all of the steps in an investigation, and what to collect, like documents, etcetera,” Bellemare says.

What can a fleet do in its defense after an accident? Bellemare has some suggestions: “The first call is when the driver calls the fleet manager to say he has had a truck accident. Advise the driver to take photos of the scene as soon as possible. Send someone to the scene. Try and gain access. Take photos. Take measurements. Note the temperature and conditions like ice and fog. Later, interview the driver and try and compare his testimony with the scene.”

Accident reconstructionist might be able to help an unfairly blamed fleet

The fleet manager must try and understand what happened. With all this in hand – photos, the driver’s story, road conditions, etcetera, an accident reconstructionist might be able to help an unfairly blamed fleet, even weeks after the accident.

Bellemare tells of a collision between a tractor-trailer and a pick-up truck where the rig driver was blamed. A few weeks after this accident, Bellemare and the fleet manager, who had photos taken right after the collision, went back to the scene of the accident.” The skid marks were gone. But with the fleet manager’s photos, we could reconstruct all the marks. We painted all the marks on the road, locating them with reference to the cracks in the pavement. From this I could place the vehicles at the point of impact. I showed that the pickup truck was in the wrong lane at the point of impact,” Bellemare says.

Accidents will happen. Get trained. Be ready!