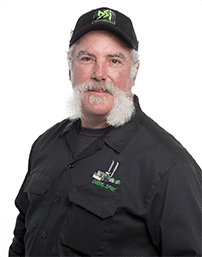 Marc Springer needs no introduction. You’ve seen him in Shipping Wars, you’ve heard in on many trucking radio shows. Former Harley Davidson salesman of many years, Marc would not put his hard earned reputation in jeopardy selling just anything. This is why, when he was approached by Christian from Diesel Spec and offered to promote and sell Diesel Spec products and services he accepted. Firm believer in the benefits of tuning diesel engines, Marc is an even firmer believer in Diesel Spec. In his words, Diesel Spec does what they say they do, and to him, that’s a big deal. And guess what… Just like Christian, he enjoys fishing and spending as much time on the water as he can!